For now the family is two humans and two cats. Our family started in 2018 when Catherine and I got married. We met a few years earlier at a service project in downtown Seattle. We were fast friends and started dating soon after we met. We have a ton of fun together and are always doing activities around the city. Catherine is the perfect partner for me. We complement each other and I’m continually amazed at how smart she is. Catherine has an amazing sense of humor and always thinks of fun new things for us to do. 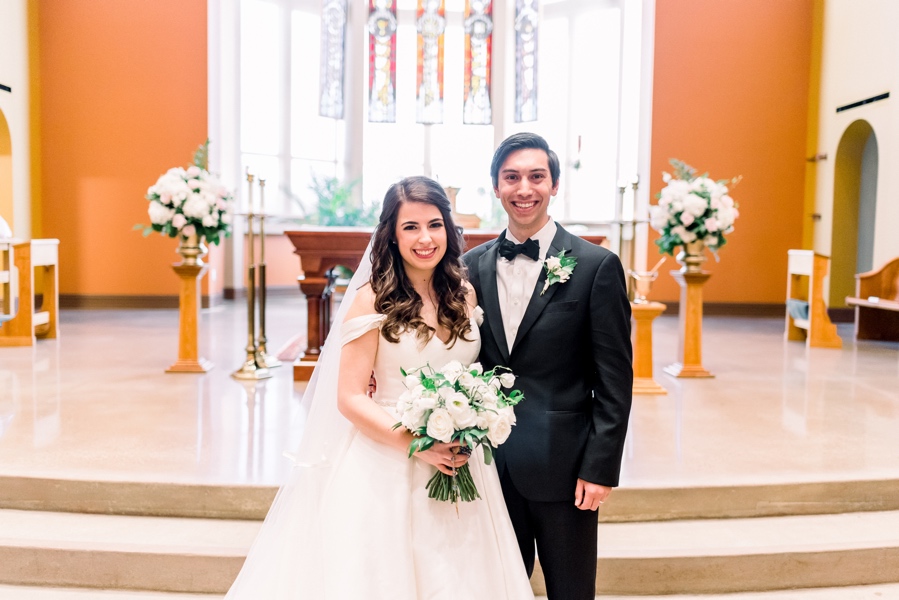 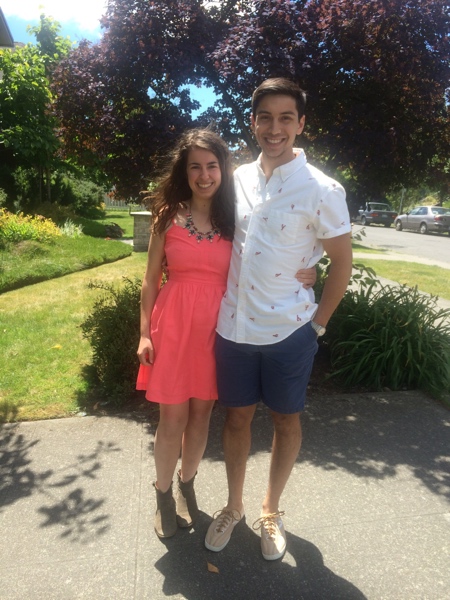 The spot where we met!

We have two big fluffy ragdoll cats which were Catherine’s originally, but I am a proud owner now too. I’m actually allergic to the cats and some days are better than others but I love having them around.

Smudgie is 13 years old, 15 pounds and is a lilac bicolor mitted ragdoll. He is visibly bigger than Freddy but he is still a healthy weight, just bigger cat. Smudgie is quite the opposite of Freddy in terms of shyness. We often joke that Smudgie would go home with any of our friends and be just as happy. He loves to follow you around from room to room just like Freddy. Smudgie is the most talkative cat I have ever met! He meows almost continuously when he wants affection or food. I’m wondering if his vocal cords ever get tired. Smudgie loves to cuddle up with his humans, often fitting himself into improbably small spaces between yourself and the arm of the couch. Smudgie is really coordinated too, he’s great at catching strings or flying toys. 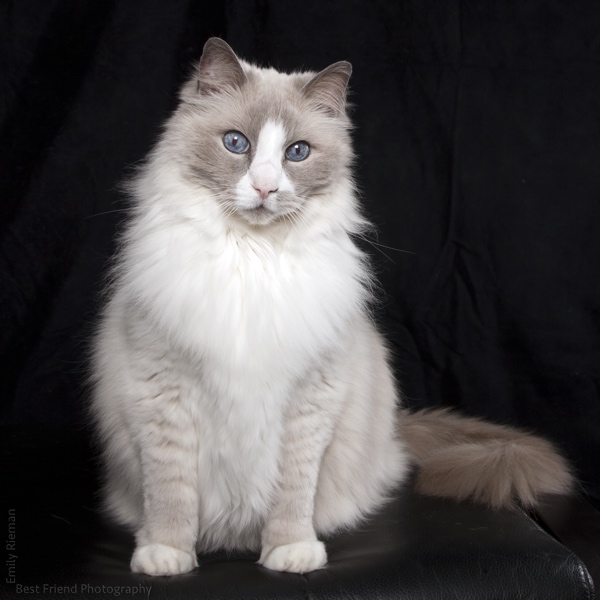 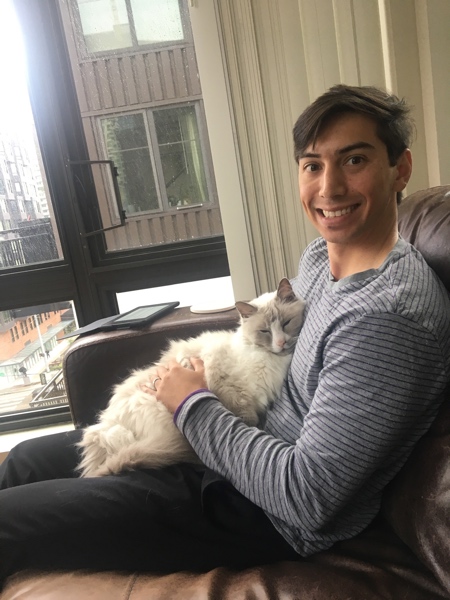 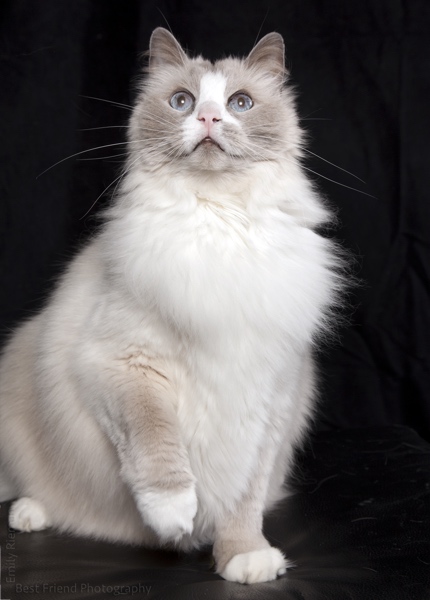 Freddy is 5 years old, 12 pounds, and is a seal point mitted ragdoll. He’s shy and usually hides when new people come visit. One on one when he is comfortable with you he is very affectionate. He will follow you around room to room and nuzzle against your legs when he wants some attention. He loves to play with strings and especially imitation birds on the end of a string. He will run all over the place chasing and jumping trying to capture the fake bird. Freddy seldom vocalizes but when he does they are so high pitched you are surprised that noise came from such a big cat. 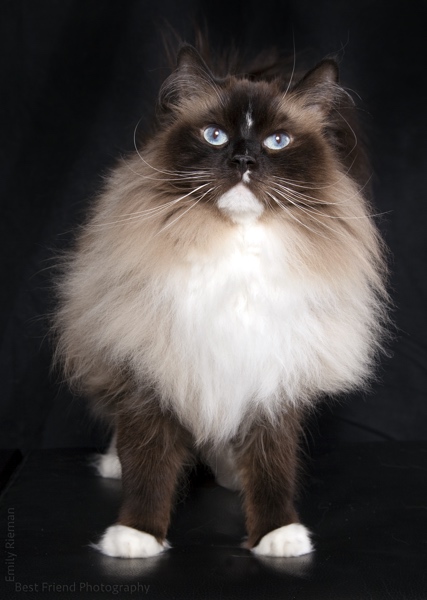 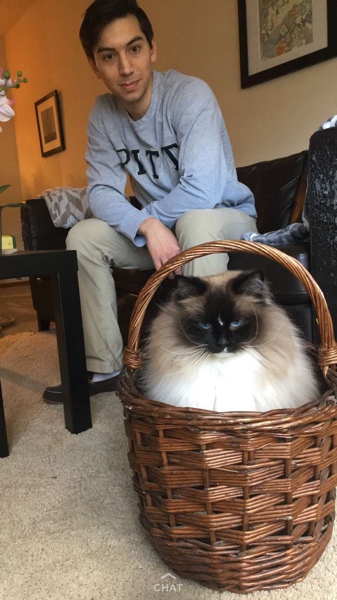 Freddy in a basket 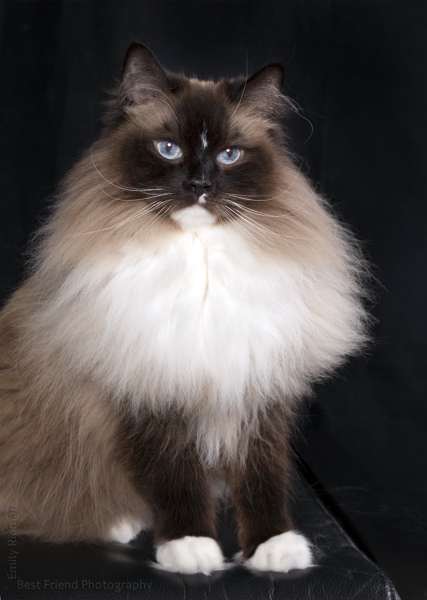